Grumbling about Ghrelin - the hunger hormone

Our bodies are made of complex systems that constantly control and self-regulate countless aspects including temperature, heart rate, blood pressure, and hunger… 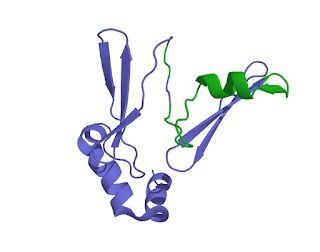 As we have blogged before, ghrelin is a powerful protein that our bodies use to signal hunger to the brain, a naturally produced hormone which we can indirectly affect by application of some good habits.

Medical weight loss addresses the hunger factor to help you reduce cravings and shed weight naturally by the body’s natural pathways. The benefits of losing weight may be obvious, yet worth considering some of the less familiar aspects as well.

Manage Your Weight, Improve Your Health

You can discover how easy it can be to lose weight with physician supervision. Dr Aron is a bariatric physician — medical specialist in the field of weight loss.

Contact her office to schedule an appointment or visit online at WeightLossNYC.com

Know your Omega-3s and 6s 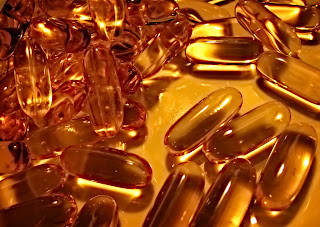 Have you discovered the fat-melting qualities of fish oil yet in your quest to lose weight? If not, don't just give it a try — make it a mainstay in your diet.


Also known as Omega fatty acids, fish oil can help your health in many different ways and should be an important cornerstone of your everyday diet. Read on for more information on how you can benefit from fish oil.

You need fat in order to lose weight — the good, healthy kind. This includes Omega-3 and Omega-6. We need these fats to promote our health and facilitate weight loss, but most Americans do not get enough.

Sometimes a supplement is necessary to make sure you're getting a balance of these healthy fats. Results from a daily dose of Omega-3 can be seen in anywhere from a few days to several weeks, but it's no quick fix. It's important to take it every day on a long-term basis for the best results and overall health.

Fish oil can improve so many aspects of your health, there are almost too many to count. Some of these include your heart, vision, joints, immune system, digestive system, pancreas, blood pressure, cholesterol, hormones, mood, energy and more.

Is HCG a miracle cure?

Safety and efficacy of HCG for weight loss vs other medical weight loss treatments available with prescription or bariatric physician supervision.

You’ve heard of doctors treating obese patients with Human Chorionic Gonadotropin (HCG) for weight loss because it's been touted as a rapid weight loss medication, but does it work the way it's supposed to? If you're looking for a quick fix in losing weight with HCG injections, you’ll want to read on for more information.


Does HCG cause weight loss?

First used in a 1954 study of patients who were injected with HCG in conjunction with a 500-calorie-a-day diet, it was believed to produce rapid weight and fat loss, reduce hunger, and result in no weakness. Once popular in the 1970s, later challenges to the study, however, found that HCG was ineffectual in weight loss and that the weight loss during the study was likely due to the restricted-calorie diet alone.


Is HCG Safe and Effective for Weight Loss?

Today, HCG is available in tablet form or by injection, and is surging in popularity again, but scientific evidence doesn't support the claim that HCG can alter fat distribution or reduce hunger. Not only that, but HCG and the lower intake of protein in the diet that accompanies HCG for weight loss are not considered safe and are not recommended, according to the American Society of Bariatric Physicians.


What is the Best Medical Weight Loss Program?

Get the facts on the best weight loss supplements as part of an effective weight loss plan that works for you. Schedule your consultation with Dr. Aron in our Brooklyn office today. Simply call WeightLossNYC® at 718-491-5525.
Source: asbp.org; image courtesy of Victor Habbick, FreeDigitalPhotos.net 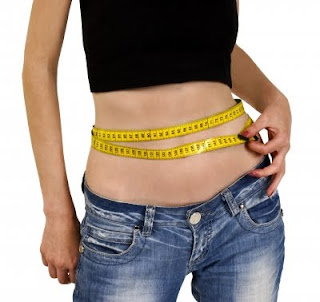 Slim down tips and tricks

Have you exhausted just about every diet plan or silly weight loss tip? Are you ready to learn about how to lose weight in a super-easy manner? Well, here are a few tips and mind tricks you can use that actually work. Read on and try them out.

Women who do yoga typically weigh less than those who do not, according to the Journal of the American Dietetic Association. They’re also more likely to be mindful when they eat, which helps prevent overeating.

Those who eat at home at least 5 times a week instead of dining out are more likely to be successful at losing weight, says Consumer Reports.

Most people take a break and put down their eating utensils at a certain point while they eat, called an eating pause. When this happens, don’t take another bite for a while until you actually feel hungry. This may help you realize you’re already satisfied but not quite stuffed.

Set a timer for 20 minutes while you eat to promote slow eating and savor each bite. Pay close to attention to every sensation while you eat, which results in your body triggering satisfaction hormones. When you eat quickly, your body doesn’t trigger the hormones, which can ultimately lead to overeating.

5. Keep your eye on the prize

Motivating yourself to lose weight every chance you get also helps. So hang up that sexy pair of jeans or little black dress that’s a little too snug for you right now so you can see it every day — and be motivated to keep at your weight loss goal.

Slim down and keep the weight off

… with a one on one consultation with Dr Oksana Aron. Her medical weight loss plan is designed to help you lose weight fast, and is backed by medical research. Call WeightLossNYC today at 718-491-5525 and get started.

The Sleep Diet? Dream on…

“Sleep: As important as diet and exercise, only easier,” proclaims the National Sleep Foundation on a refrigerator magnet. How true, yet between 1960 and 2010, the average night’s sleep for adults in the United States dropped from eight hours to six and half.

Much has been written about the hazards of this sleep debt. Now new research shows that lack of sleep may also be making Americans fatter. While doctors have long known that hormone levels are affected by sleep, it is only recently that appetite has been linked to this picture.

Here’s how it works: The hormones leptin and ghrelin work in balance with each other to control feelings of hunger and fullness. Ghrelin is produced in the gastrointestinal tract and stimulates appetite. Leptin is produced in fat cells and sends signals to the brain when a person is full.

When a person doesn’t get enough sleep, leptin levels drop so s/he doesn’t feel as satisfied after eating. At the same time, ghrelin levels rise from lack of sleep, meaning the person’s appetite is being stimulated. This combination sets the stage for overeating which may lead to weight gain. 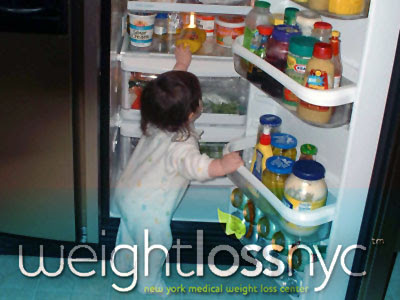 Sleep researcher Michael Breus, Ph.D., has found, “Once a person is not as tired, they don’t need to rely on sweet foods and high carbohydrate snacks to keep them awake — and that automatically translates into eating fewer calories.”

“The hormones leptin and ghrelin work in balance with each other to control feelings of hunger and fullness. Ghrelin is produced in the gastrointestinal tract and stimulates appetite. Leptin is produced in fat cells and sends signals to the brain when a person is full.”

Lack of deep sleep may also affect a group of neurons in the hypothalamus of the brain, where another hormone, orexin, is involved in regulating feeding behavior. So it may be more than coincidence that Americans have gotten fatter while the amount of sleep has declined.

Some people with health or other issues may need medical consultation to address their sleep problems. For the rest of you (you know who you are), turn off the TV, send your last email, stop texting, close your book, and get a full night’s sleep. Your waistline will thank you.