You Are What You Eat… 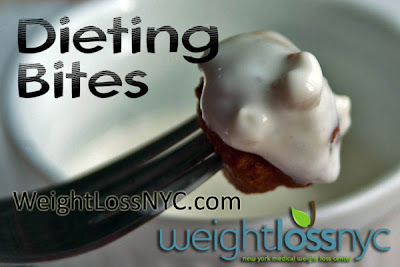 Extreme Eating: Do you want some lard with that burger?
In some Chinese-American restaurants customers can choose a dish from column A and one from column B. These meals typically come with soup and an egg roll. The menu items below may lead customers to choose the road to heart attack, diabetes, stroke and/or obesity. They come with the proverbial over-sized salt shaker and a superabundance of fat.

While the U.S. Food and Drug Administration (FDA) has not yet set a date for implementation of a new law which will require restaurant chains with 20 or more outlets to disclose calorie counts to customers, many chains’ websites already contain jaw-dropping nutritional facts.

Applebee’s New England fish and chips, as an example, packs almost an entire day’s calories in one fatty over-salted meal:

In addition to the high caloric content, this meal contains the fat equivalent of ¾ cup of mayonnaise and more than half a day’s sodium requirement.

Federal nutrition guidelines readily available on most packaged foods consider a typical daily diet to contain 2000 or 2500 calories, the lower figure usually for women and children and the higher for men.

Federal guidelines also recommend that those on a 2000 calorie diet, consume:

Do you consider a tuna fish sandwich a typical light lunch? Think again when it comes to Quizno’s tuna melt sub. It weighs in with:

A healthier option would be to share it with a friend (or two) and have an apple for dessert if half a sub isn’t satisfying. Ordering a plain tuna sandwich on sliced bread without the cheese would also greatly reduce calorie, fat and sodium content.

Another head spinner is Outback Steakhouse’s full rack of baby back ribs served with Aussie fries:

The total fat is comparable to eating nearly a stick and a half of butter!

Sadly these examples are not isolated instances. Restaurants have found salt and fat to be inexpensive ways to make food tastier. Diners keep returning for more.

In the search for new and different enticements, the food industry seems to make many dishes and foods more fattening over time. Fried chicken morphs into KFC’s Double Down sandwich by adding two slices of bacon and two slices of cheese. Creative chefs roll chocolate covered pretzels in M&M’s, nuts and toffee chips, adding calories and fat. Cheesecake becomes gluttonous with the addition of Reese’s peanut butter cups, fudge cake and caramel as in the Cheesecake Factory’s Reese’s peanut butter cheese cake. 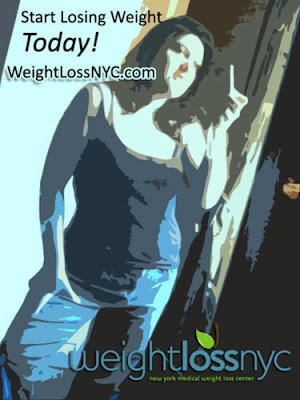 Choose your indulgences carefully and sparingly. Check restaurants’ websites ahead of time to select healthier options. Limit portions consumed. And find yourself en route to a healthier, slimmer you.

Spring into a New You!

Bloom into a better you this spring at WeightLossNYC™ — We can help!

Learn How to Lose Weight, Fast

Learn about our safe and easy weight loss plan, supervised by a bariatric physician, a medical doctor expert in weight loss treatment.

Look and Feel Your Best this Summer